The use of candles dates back thousands of years and like other products, it has taken on changes throughout the years. Traditional wax candles are known to get hot and through various upgrades throughout the years, flameless candles have emerged. Flameless candles became commercially available somewhere around 2010, making them the newbie on the block when it comes to candles.

However, do flameless candles pose a heat risk? Do flameless candles get hot? The simple answer is no. Due to their lack of actual flame and the use of batteries, there isn’t any heat being emitted or generated from the flameless candle. This attractive aspect of flameless candles has made them an iconic choice by many as a safer alternative to regular candles. They truly provide peace of mind for those wanting to use these wonderful inventions!

Flameless candles are exactly as their name states: flameless. They are generally LED lights within a specially designed plastic casing. This casing is typically waterproof for use outdoors or indoors. However, some variations of flameless candles can be coated with a small amount of paraffin wax which provides a candle texture to the outside of the candle. Moreover, the “flame” from these candles are simply a small bulb that flickers just like a real candle because it is powered by batteries. 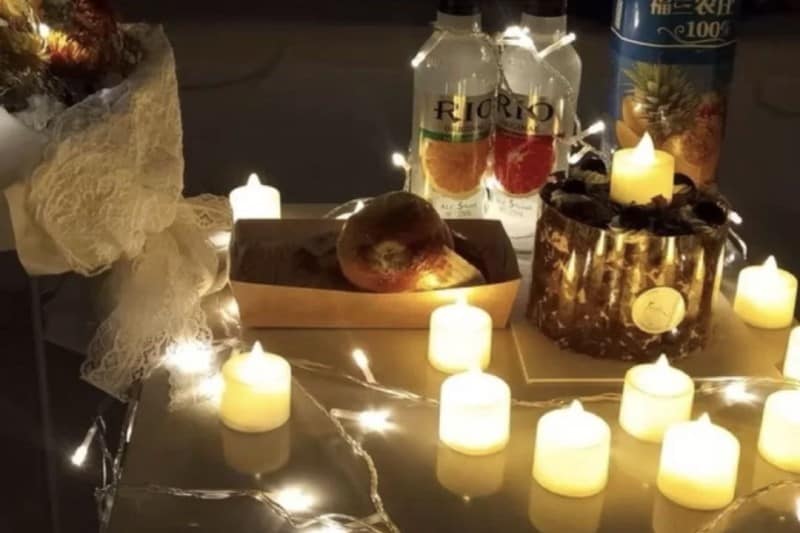 Do the Bulbs Get Hot in a Flameless Candle?

While the candles do not emit heat, the bulbs that serve as the flames may heat up. This is primarily due to the use of the batteries to power these candles. These bulbs are incredibly small, however, they produce the perfect amount of light into a room or small space. These bulbs are not known to overheat or cause fires, they simply do not get that hot. Even though they cannot be pinpointed to an exact temperature, the fact that they do not catch fire and pose a significantly less fire risk than traditional candles.

Moreover, the bulbs are known to last 100,000 hours. Even with slight heating up from battery usage, the bulbs in these candles are powerful to last quite a while. Due to their long lifespan, it safe to say someone would not use a flameless candle to the point of burning the bulb out. This may often get confused with the need to replace the batteries. When using flameless candles, the key is to use good, quality batteries. Certain brands of batteries are designed to be used with low draining devices and high draining devices. The proper use of batteries ensures that the candle stays lit!

When examining a flameless candle’s ability to stay cool, knowing some real facts about real candles also puts these inventions into perspective for people as well. Traditional candles are the cause of almost 16,000 house fires in the United States. This is not simply from the heat they emit, however, the heat plays a role in that stat. Real candles get hot enough to catch things on fire while flameless candles are always cool to the touch.

What is the Design of a Flameless Candle?

The design of a flameless candle aids in its ability to maintain cooler temperatures and not generate enough heat from the bulb to get hot. As expressed before, the bulb acts as a “flame” that flickers through the use of battery power. To further examine the design of a flameless candle, it is important to look at the materials they are made from.

They are usually encased with waterproof plastic for indoor or outdoor use. Sometimes, they can have a small layer of paraffin wax to mimic the feel or texture of a real candle. This addition of paraffin wax is simply aesthetic. It is not known to increase any risk of getting hot in the candle. This is said to be true due to the fact the only part of the candle that heats up is the bulb. To define “hot”, one must assume that the candle would be hurtful to the touch and generate noticeable heat. The bulb never comes into contact with any layering of paraffin wax.

The appearance of a flameless candle can really be identical to a real candle. From the length, width, and flickering from the bulb, it assumes the role of a candle. Some designs even go as far as to give the outer casing of the flameless candle a “melted wax” look, that replicates how traditional candles meld their shape into molten wax. This is a popular choice for those wanting a more realistic look to their flameless candle.

These appearances and materials provide a safe casing for the flameless candles to exist. Moreover, they depict real candles without the potential harm that real candles can pose. They are truly a fun and exciting way to compliment any room in the house. Often, they even come in color-changing options to really add a flair of color to any space. They can even come with scented features to further mimic their real counterparts.

What are Practical Uses for Flameless Candles?

Considering these innovative candles produce no actual heat, they are iconic choices for everyday life. They also serve a purpose on various special occasions as well. Due to their overall safety, they are the preferred choice at venues or businesses for events as well. Their ability to be used indoors or outdoors is also an attractive trait as well, making them safe and suitable for just about anything! But what are some places they can be used? Can they be used more creatively? The answer is yes! Below are the top events or places to consider using flameless candles due to their safe and cool designs!

Most Useful Places for Flameless Candles

This is by no means a complete list, more like a great suggestion list! Flameless candles help each and every one of these events or ideas become more special and safe through the use of their battery operated flames.

How to Get the Most Out of a Flameless Candle

While some people might still ask that question, do flameless candles get hot? it is critical to remember that they are the safest alternative to regular candles. As previously shown, there are tons of uses for flameless candles, but is there a way to get the most out of these grand inventions? Absolutely! Not only should someone want them to look great but also ensure they are functioning properly as well. Below are some tips for getting the most out of a flameless candle!

Getting the Most Out of a Flameless Candle

Anything can happen and having access to a flameless candle truly gives great peace of mind. This is not only for their long-lasting ability to provide ample lighting but their safety features as well. Even though they are a more recent invention, flameless candles will continue being a preferred candle alternative for a long time into the future!

link to Plant Guru Essential Oils Review: Are They Good?

Choosing the right essential oils for you can be a huge undertaking. It requires a lot of experimenting with various companies, and then trying multiple oils within each company. Well, I hope that...

Can a luxury brand be so good that it speaks for itself? Le Labo has shunned the traditional marketing approach to allow their craftsmanship to connect customers to their company. So I thought...